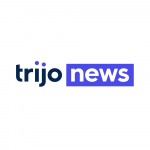 The cryptocurrency Matic Network has doubled its value in recent days. The increase comes after a statement from the giant exchange Coinbase.

Coinbase is one of the world’s biggest exchanges for cryptocurrency trading. And although the platform has had some problems lately, their words still weigh heavily.

This was proved especially on Monday when it was announced that a number of new cryptocurrencies will soon be launched on the platform, and one of them got a really big push upwards.

Is “proof of stake”

Since Coinbase announced its plans to offer Matic Network trading, the cryptocurrency has increased from a price of $0.01 to about $0.02, which is an increase of about 100 percent, numbers from Coinmarketcap shows.

It will be exciting to see if Matic Network will continue to rise or if those who own the cryptocurrency will sell to such an extent that it will go down in value.