We attended the CryptoCompare Digital Asset Summit this week. Here is our takeaway! 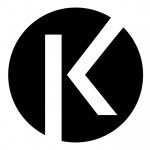 This has been a rough week all around. From COVID-19 exponentially growing in Europe, causing havoc everywhere including the economy and to bitcoin taking a serious taking a beating with it. It is safe to say the it’s all been a major damper on the industry.

That being said, if the CryptoCompare Digital Asset Summit held in London earlier this week, is any indication of where digital assets are heading, we should be keeping our heads high through this and hope wait for a better future. This event highlighted an institutional rise in the industry. It poses the question of when, rather than how this will inevitably happen and the sentiment was that the wheels are already in motion.

Taking place at North Greenwich. The backdrop was the institutional skyline of Canary Wharf, with big, eerie building gleaming in the background with logos such as HSBC, Barclays and State Street. It was almost ironic, how seamlessly these two worlds have intertwined.

The event was split up into three stages, Cryptocompare Stage, Institutional stage and DeFi Stage. Making most event attendees torn between the three all day. This event was the perfect networking opportunity, with a CCDAS, which allowed you to reach out to anyone attending the event. Meeting people for a quick chat has never been easier and the booths presenting sponsors, kept people curious.

The opening speaker, was Teana Baker-Taylor, the managing director at Looking Glass Labs. She was on the WiFPowerlist in 2015 in the Policymakers and Regulatory experts category. With a quick introduction, she kicked off the first discussion, a ‘Fireside Chat with Gemini – The Digital Asset (R)evolution : The Journey From the Wild West to Wall Street.’ This was with Woong Joon Ian from Coindesk and Julian Sawyer from Gemini Europe.

Sawyer is the co-founder at Starling Bank, the bank that has created services such as Monzo, that has taken over the UK. His understanding of challenger banks, the value of good of security ratings in crypto. It gave a clear idea of exactly what crypto needs to implement in order to make it fool-proof for the consumer. His newness to the industry was endearing and in a way an indicator that this game is now open to everyone.

We were then treated to Paolo Ardoino from BitFinex giving us ‘The Story of Tether’. He gave a deep history, giving us a real insight into Tether.

Before we kicked off for lunch, there was ‘Banking and Blockchain: Breaching Barriers to Entry’, which included the likes of Ran Neuner from OnChain Capital who hosted the panel. Dr.Ruth Wandhofer at London Stock Exchange, Sebastian Widmann, Head of Wholesale Digital Office at Nomura, Chris Tyrer at Fidelity Investments and Michael Coletta, Lead Blockchain Architect & Head of Emerging Tech at LSE.

As lunch came to a close, the afternoon sped by with heavy hitters and heated conversation. These Include, Lukas Enzersdorfer-Konrad the COO of Bitpanda, Lex Sokolin from ConsenSys and major players from Ripple, Blockchain.com, CoolBitX Ltd and BCBGroup.

As the day became tired, and we saw less elbow bumping and more beer drinking, it became abundantly clear that this was an event everyone was extremely impressed by. The high spirits, constructive conversation is something I had yet to see at a Digital Assets conference in the past. CryptoCompare set the level high and was the conference everyone has been waiting for.