Money printing, digitalization and technology development will send the cryptocurrency market through the roof. However, the political risk in the asset class is considerable and will increase radically with mass adoption. 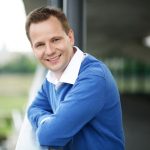 Cryptocurrencies got to feel the heat during the corona virus panic in March. However, much of what was lost has been recovered. With an increase of 31 percent, so far this year, few investments can boast of a better development than bitcoin.

It is said, that the corona epidemic will accelerate the next rally in the cryptocurrency market. Firstly, because the transition from physical to digital payment methods will accelerate. Who wants to deal with contaminated banknotes and coins during these times?

Second, the money supply is now expanding sharply around the world as a result of the stimulus measures. This will initially lead to a general asset inflation.

It is not just cryptocurrencies that will benefit from this pandemic, but also the stock market.

That’s why I believe that we will see new top quotes in the stock market within 12-24 months. How quickly we will see this depends on the corona epidemic. If we get a vaccine towards the end of the year, 2021 can be a boom year both on the stock exchange and in the economy.

However, there is no such thing as a free lunch. When unemployment has come down and the available capacity in business has been absorbed, the bill for all the money printing will come in the form of an inflation outbreak. We can be there already in two years.

When the price increase accelerates, the party on the stock exchange and in the bond market, will be arrested by rising nominal interest rates. However, the inflation will continue and become even stronger for in inflation-sensitive assets such as commodities, gold and cryptocurrencies.

After the financial crisis, central banks also printed a lot of money without inflation. What makes it different this time?

The main difference was that in the 2010s, only the basic money supply increased sharply. While the development in broad money and wider aggregates such as M2, was most subdued.

Today, both the basic money supply and the broad money supply are increasing significantly. This is both due to the fact that central banks act far more aggressively, and that fiscal policy also supports at the same time as the banking system is functioning well.

A third headwind for the cryptocurrency market is technology development. Ease of use is steadily increasing, which means that the adoption and thus the prices will increase over time.

Every day, new users come to bitcoin. Many of them are small savers from Latin America and Africa, where confidence in the local currency and banks is lacking for good reason.

How high can the bitcoin price go? If we assume that the value of all outstanding bitcoin will be equal to one tenth of the world’s gold stock, the price must more than quadruple.

In other words, the risk profile is still asymmetric and in favor of the upside.

The first is that it is disrupted by other and better cryptocurrencies. Proof-of-work is the core technology of the bitcoin blockchain. This is extremely safe, but unfortunately not environmentally friendly due to high power consumption.

The second largest cryptocurrency, Ethereum, is scheduled to upgrade its technology from “proof-of-work” to “proof-of-stake” this year. This will not only lead to a drastic reduction in power consumption, but also increase speed. If the upgrade is successful, Ethereum can challenge bitcoin’s dominating position.

When the technology and ease of use become so good that it leads to mass adoption, I guess the politicians will wake up, wave the red flag and criminalize the use of cryptocurrencies that are not government controlled.

The reason is that the ability to print money, monitor transactions and confiscate values ​​is central to any nation state. Authorities are unlikely to allow Facebook’s Libra or public blockchains like bitcoin to outperform national currencies.

As technology matures, central banks will likely take over the relay baton and roll out their own digital currencies.

It is worth mentioning that a month ago, China started testing a crypto-yuan in four cities. The goal is for this to be fully functional by 2022.

China has great incentives to create a digital yuan that can be stored and transferred worldwide without the use of banks. The reason is that the country today relies on the US-controlled global payment system Swift to conduct foreign trade.

This makes the country vulnerable to Western sanctions, a strategic weakness that is unacceptable to the Communist Party.